On June 5, 1981, a report was issued by the Center for Disease Control and Prevention in its weekly public health digest that five gay men across LA had been diagnosed with an unusual lung infection known as PCP and two of them had died. About a month later, 26 gay men had died.

HIV/AIDS does have its similarities to COVID-19 but some things were quite different. Instead of jumping in and working to help those infected with HIV, our government and many Americans treated it as inconsequential as it quickly became known as the “gay plague”. The fact that it was also infecting women, children, people with hemophilia, and drug addicts was lost on most.  Many physicians and other health care professionals refused to treat people with the disease.  Death was horrible and quick for most who were infected but all died in the first years. “You were just putting Band-Aids on hemorrhages for a while,” said Dr. Anthony Fauci who would soon become the director of the National Institute of Allergy and Infectious Diseases.  It would be years before treatment became anything close to effective.

In 1984, Ryan White a young teen who was infected during blood transfusions for hemophilia became news when his middle school denied his right to be there because of his HIV infection. By the late ’80s, high profile celebrities such as Michael Jackson, Elizabeth Taylor, and Princess Diana helped start changing the perception, misconceptions, and myths.  Activists and organizations like Larry Kramer with ACT UP helped pressure the FDA to change its rules and allow access to experimental drugs with potential life-saving effects without having to wait years for approval. Things began to change a bit faster thanks to the public admission of “Magic” Johnson, a straight black man. His diagnosis helped the public see that anyone could contract HIV.  Later, the testimony of many of these celebrities and especially Ryan White resulted in the US government allocating funding for the research and treatment of HIV. Thanks to them, today, all HIV treatments are available to anyone who wants them. In 1996, significant advancements in medications resulted in HIV becoming a chronic disease, not a terminal one.

We’ve come a long way and yet we have quite a way to go. Many young people who are infected today admit to very little knowledge about the disease or how it is transmitted. Stigma is still devastating to those who live with HIV.  “You must have been doing something you should not have done.” The judgment of being promiscuous prevents people from taking advantage of highly effective pre-exposure prophylactic medications.

PrEP should be a good thing and yet with a disease that has so much negative judgment attached to it, people are hesitant. Sex is not bad. We can all have fun and be responsible, and stop the spread of HIV!

In the past 40 years, over 700,000 people in the US alone have died from HIV. Let’s do something different this year.  If you have HIV, Careteam+ can make sure that you have the support and medical treatment you need regardless of your ability to pay. If you are having unprotected sex with anyone, especially more than one person a year, you should be on PrEP.  PrEP and condoms. Don’t forget the condoms. Careteam+ can help you get PrEP too if you don’t have the ability to pay for it. Last, if you are in a “high risk for HIV infection” group, make sure you are tested regularly and, remember that testing is not prevention. Being tested is so that if you are HIV positive you can start treatment right away.  We can end this thing, together. Do your part to stop HIV infection, not just for yourself, but for those you care about and, for the 700,000 who have already died.  Forty years is way, way too long.

“Tough times not only build character, they reveal it.” 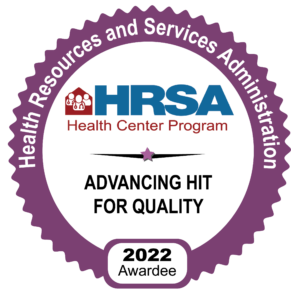